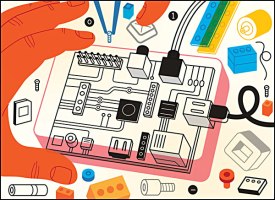 “Hacking Design” is a thesis project spearheaded by me, Anja Venter, a PhD student in Media studies at the University of Cape Town. I have a background in Visual communications and Graphic Design [BA(Hons) from the University of Stellenbosch, and 6 years of industry and freelance experience], and am passionate about technologies for creativity. I am based at the center in Information and Communications Technologies for Development (ICT4D), and am supervised by Prof Marion Walton and Prof Edwin Blake. I was supervised by the late, great Prof Gary Marsden until his death in 2013, and my research is inspired by his legacy.

In what has been termed the rise of the ‘visual web’, young people around the world, with the help of new media technologies, are creating and sharing visual artifacts with others. Sharing such creations is a central activity on Facebook, and sites such as Instagram, Pinterest and Tumblr support the prolific visual communication made possible by camera-phones, and smartphones in particular.  Emerging media literacies revolve around the creation of original visual content. These literacies support informal interpersonal genres based around mobile communication but are also linked to a wide range of visual design disciplines involving digital media production (such as graphic design, web design, animation, and game design, to name a handful). Concurrently, popular visual design software packages such as Adobe Creative Suite are being redesigned to support a mobile and specifically tablet-based ecology, possibly indicating a shift in visual design that is made on, and for, smaller screens. 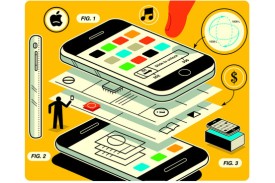 Young people are increasingly becoming media makers in their informal social interactions.  Some are able to leverage these skills to access tertiary education and turn these interests into careers. But many young people from resource constrained contexts in Cape Town, who might have more limited skills, experience in, and access to traditional digital media production tools, are also negotiating, hacking and appropriating the tools available to them in the pursuit of creative participation.

Mobile phones have often been hailed as the device that will connect Africa to the global information economy. Yet, they are currently predominantly described as a means to consume information, and not contribute to content creation. Diverse and inclusive participation in the cultural production of visual online content, as with other cultural production, is crucial in promoting cultural diversity in an increasingly globalized world.

As smartphones are becoming affordable to a larger portion of the South African population, this might signal an increase in such visual cultural production – allowing a new generation of visual creatives a platform for networked artistic expression and instrumental visual design. Providing a ticket to participation on the ‘visual web’ – a means to compete in the attention economy that drives international socio-economic agendas.

My thesis has taken an action research approach in uncovering these creative ecologies among a group of young, aspiring visual creatives who hail from the townships around Cape Town. These young South Africans come from contexts where they have had negligible exposure to the classical training or the resources that are deemed necessary for success in the world of visual design. They are resource-poor aspiring designers who operate within a mobile-centric paradigm: in other words, before coming to University, they predominantly accessed, and produced content for, the web from their data-enabled handsets. Despite this arguably unfavorable disposition, these students are pursuing their dreams of attaining a formal degree in Visual Design in an Extended Curriculum Program (ECP) for visual designers at two of the largest design institutions in Cape Town. 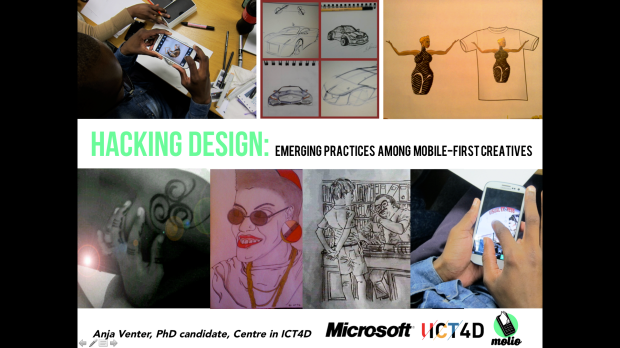 Many have hacked informal mobile handset tools to produce instrumental visual designs that have directly helped them socially or economically. Yet the institutions where they are studying Extended Curriculum Programs in Visual Design do not recognize these ‘mobile-first’ visual design literacies. For students who are not trained in visual design or information technology at a secondary level (like 99% of their peers in South Africa) this passage into the elite world of formal design training (which is predominantly based on particular cultivated literacies such as perspective drawing and familiarity with international industry-sanctioned software that run on fast-processing desktop computers) can be incredibly difficult. This transition also raises questions around the training of visual designers, and the global ideologies that underpin this education. A post-colonial perspective offers an alternative framework to evaluate the dominant design aesthetics, and those that are privileged during formal design education.

My study takes an ethnographic viewpoint to tease out descriptions of the current media ecology amongst students of two Foundation courses in visual Design (64 students in total) based on a year of participant observation and 40 in-depth interviews among students and gatekeepers; It sets out to ascertain how digital technology use has shaped these participants’ view of visual design; and it investigates how these young people have used mobile technologies to navigate their lived realities through the production of visual design artifacts and participation in online spaces. This investigation includes an in-depth, technical analysis of design tools and their interfaces, the embedded aesthetics of digital tools, and considers alternative ways of image creation that might challenge hegemonic systems of power that continue to place certain South African at the margins of society.

These findings include the emergence of amateur ‘kasi’-inspired fashion brands, networked and crowd-sourced over social networks such as Whatsapp, BBM and Facebook; the utilization of free image editing tools to produce promotional materials and decorative images; mobile photography as a means of documenting, editing and sharing work; self-taught proficiencies through free online resources on platforms such as YouTube; and the emergence of informal learning communities on Facebook. These often-networked designs are providing new social, emotional and creative cartographies for young people who seek agency and a means of personal expression – cultivating a ‘first touch’ of instrumental visual design.

Borrowing from the Scandinavian tradition of Participatory Design, I looked toward uncovering local design vernaculars that originated on mobile phones in order to design a mobile exclusive, open-source design tool in tandem with a larger social network that would enable sharing, mentorship, critique and community among young South Africans who were interested in the creative industries. The first tool would help with the creation of design artifacts, and the second would allow young people to network with these creations, find inspiration, and share ideas, resources and customized tools. The idea, in a nutshell, would be to try and duplicate successes and eliminate hindrances experienced by participants of the research, in following their aspirations of becoming visual designers. Ideally, such an app would allow young people who do not have an opportunity to study design, nor have access to similar resources, a means to participate in digital cultural production – cultivating functional, if not accredited, visual designers on mobile.

The app development process in itself produced a number of critical difficulties. Among these, one of the most interesting findings was the hindrance of embedded aesthetics in existing developer libraries for mobile design tools. These developer buildings blocks can make it increasingly difficult for artists and designers to “open the black box” – as Bruno Latour would have described the “need to examine the practices whereby technologies and ‘facts’ are naturalized” – on the tools that facilitate their creativity. In other words, students cannot see the inner workings or logic of creative tools beyond the mediated interfaces as authored by others – their creative tools are “black-boxed”. This naturalization of pre-packaged digital arts tools can limit innovation and alternative modes of image making, and ultimately threaten to colonize the shape and nature of electronic visual creativity by imposing a globalized design vernacular . Resisting the agencies and structures that perpetuate this, we posit that, it is not only necessary to disrupt the colonization of digital tools for visual creation, but also to “smash the black box” and allow for the cultivation of young creatives who can build their own creative digital tools, particularly on and for mobile.

Please navigate to Appearance → Widgets in your WordPress dashboard and add some widgets into the Sidebar widget area.